Blue Shield of CA will begin to utilize ASH for a âsignificantâ number of their PPO plans January 1, 2020. But the use of âsignificant numberâ is not clear as to what plans they are indicating is it more than 50% less than etc. However, conversation with ASH âprovider relationsâ they indicated it would include âindividual off-exchange plansâ and Covered CA.

This is still is not very clear but taking it at face value individual plans that are âoff exchangeâ would be only individual purchasers of insurance, not group plans. Covered CA plans are the exchange plans and they are only sold to individuals and small employers (under 25 employees).

This appears to not be the majority of plans under ASH as the bulk of Blue Shield of CA is from large employer plans. It is still a large number of policies but not the majority.

It is also indicated that providers already enrolled with Blue Shield of CA will remain as participating providers come January 1, 2020. However, to eligible as âin networkâ with the plans affiliated with ASH you must also enroll with ASH.

The fees are similar to the current allowances by ASH. $41 for the initial set of acupuncture and $7 for a follow-up set. The daily maximum is $48.

There is an allowance for therapies at $10 but will be part of the daily maximum. There is also an allowance of exams ranging from $21-43.

It is not required you join ASH to be âin networkâ with Blue Shield of CA except for the plans that directly contract and at this time it would appear to not be the majority. 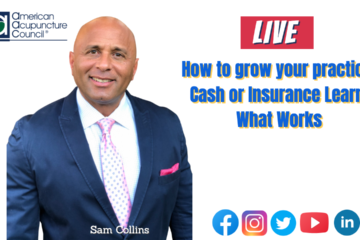 Here is a common question from the profession. How do I grow my practice? What do I need to do to get more patients? Where are the patients who are seeking acupuncture? Disclaimer- This is Read more… 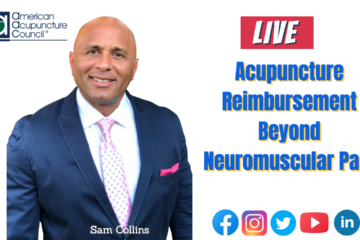 Can acupuncture be paid for conditions beyond pain? Disclaimer- This is a live transcription and is not edited for spelling or grammar. It is suggested to read the transcript while viewing the video. Hi everyone. Read more…

Adding Value to Your Exam With One Leg Standing Testing

Should a one-leg standing evaluation be inclusive to your exam of adults? It appears it is a resounding yes as it can be an accurate sign of health status and function. From the British Journal Read more…